As an intern and recent college graduate, the question of going back to school (even though I just got out) is constantly on my mind. There are many pros and cons to hitting the books again, and through this post I hope to shed light on one of the most popular post graduate degrees, especially in our line of business. 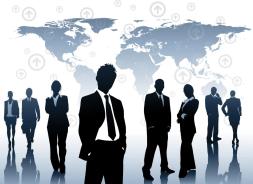 After a degree in law, the Master of Business Administration has become the degree that cynics and publicity seekers love to bash. Yet, those three initials on a diploma are one of the most powerful and tried-and-true investments you could ever make in yourself. The vast majority of MBA graduates from the top 50 to 100 schools in the world double or triple their total pay thanks to the education they receive.

And thankfully, you don’t have to go to Harvard, Stanford, Yale or Penn. At Notre Dame’s Mendoza School, last year’s MBA graduates landed average salaries that exceeded their pre-MBA pay by 149 percent. At the University of Minnesota’s Carlson School, the increase was 132.2 percent, and at the University of North Carolina’s Kenan-Flagler Business School, it was 122.2 percent, and these numbers exclude starting bonuses and other benefits that are often handed out to MBAs when hired.

Interested in film? Why not head out to California to attend UCLA’s Anderson School where the MBA recruiters include Fox Entertainment, NBCUniversal, Paramount Pictures, Sony and Walt Disney. Those entertainment companies were among 148 firms that held recruitment events on UCLA’s campus last year, not to mention the 1,105 job opportunities on the school’s job boards.

What about technology? Among the biggest employers of MBA’s are Apple, Google, Microsoft, Intel, Cisco, and Amazon.com. Each of those firms and many more in technology recruit at more than a dozen business schools each year.

And the truth is that for many of the very best companies, from McKinsey, Bain, Boston Consulting Group or Goldman Sachs, Morgan Stanley or JPMorgan Chase, you would be hard pressed to even get a chance to interview without an MBA degree. MBA jobs at those prestige employers, moreover, set young professionals up for the best and most compelling jobs later in one’s career.

The immediate benefits of the degree are obvious. But then there is the enduring value of the network you inherit once you graduate. The very best schools boast powerful alumni networks that can open all kinds of closed doors, from tip off to plum jobs that are not advertised, to seed capital for a startup idea, to potential customers for your business. That certainly beats a cold call to someone on LinkedIn.

The data shows that the full cost of an MBA degree from a top 25 U.S. school — including the loss of income from being in school for two years — can be completely recouped within 3.1 (at schools such as the University of Iowa and Michigan State) to 3.8 years (Carnegie Mellon University). 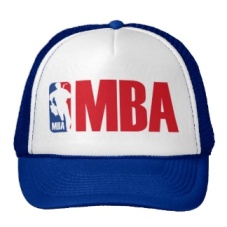 A quality MBA program is a life-changing experience that builds self-confidence, communication skills, and a successful future. But after doing some research on this topic, what I have learned is that what it really comes down to is where you picture yourself. As Tom Borger, President and CEO of the Omega Group told me in an interview I had with him back in January, “I went back to Penn to get my MBA because I felt like I needed to. I needed to further my knowledge base. Now that doesn’t mean that is for everyone. Some people will do great without that degree; some need it to help them succeed. It is all dependent on the individual. It is a heck of a lot of money (especially Penn!), so it is a very large decision.” If you see yourself at an Apple or Microsoft, then you cannot move up without the MBA (it is essential!). But if you see yourself at a small business like The Bravo Group or even starting your own small business, then an MBA isn’t a must. But like all things, when you are in that situation of a small business, the costs and benefits of the degree are all dependent upon the individual person.